This article is written in English. Please use the language selector for an automatic Google translation. Please understand that an automatically created translation will not be error-free.


Searching for an economic solution for the nuclear waste

Specialists of the Chernobyl Nuclear Power Plant are still looking for an economic method of handling the radioactive contaminated waters. Every year, the volume to be stored and processed continues to grow.

The catastrophe at the Chernobyl station occurred on April 26, 1986. The No.4 light water graphite moderated reactor at the Chernobyl Nuclear Power Plant near Pripyat exploded. In Ukraine, 45 thousand square kilometers were contaminated. In  Russia a territory of almost 48,000 square kilometers was  affected by the radiation and in Belarus 46,500 square kilometers. The subsequent release of radioactive materials resulted in the contamination of large swathes of Europe with particularly disastrous consequences for humans and the environment in today’s Ukraine and Belarus.


The accident happened during a safety test

"The event occurred during a late-night safety test which simulated a station blackout power-failure and in which safety systems were deliberately turned off. A combination of inherent reactor design flaws and the reactor operators arranging the core in a manner contrary to the checklist for the test, eventually resulted in uncontrolled reaction conditions. Water flashed into steam generating a destructive steam explosion and a subsequent open-air graphite fire." - Wikipedia


Comparison of the events at Fukushima Dai-ichi and Chernobyl


The International Nuclear Event Scale is used to classify safety-related events in nuclear power plants on a scale from 1 to 7.

For a long time, the accident at Chernobyl on 26 April 1986 was the only one to have been assigned the highest level of 7. At that time, it has been stressed that a catastrophe such as the one at Chernobyl is impossible in the case of reactors with a western design.

In both places, the authorities don't be in control of the situation and don't want to invest into a sufficient safety infrastructure.

"More than 1,000 tanks brimming with irradiated water stand inland from the Fukushima nuclear plant. Each day 300 tonnes of water are pumped through Fukushima’s ruined reactors to keep them cool. As the water washes through the plant it collects a slew of radioactive particles.

Now, Japan’s Nuclear Regulation Authority (NRA) has launched a campaign to convince a skeptical world that dumping up to 800,000 tonnes of contaminated water into the Pacific Ocean is a safe and responsible thing to do." - The Guardian 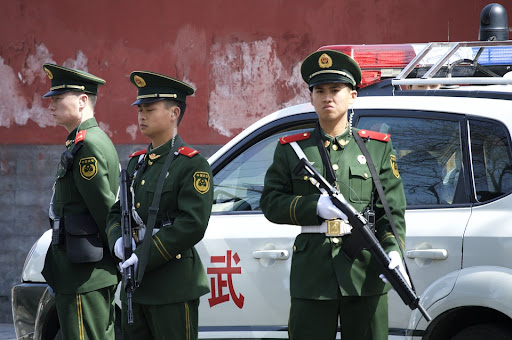